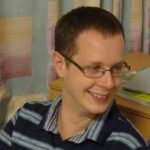 Chair – Tom de Simone
Having joined YCE in 2016, Tom rose through the ranks to take the Chair in 2019. Tom is a web developer with a degree in Computer Science from the University of York. He is a keen gardener with a particular interest in permaculture and off-grid living, and is always looking for innovative ways to use technology to solve environmental (and gardening) problems. 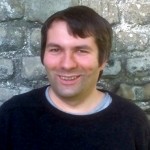 Vice-Chair – Kit Bennett
Kit Bennett comes from a background of project management in the civil engineering sector. As well as being Vice-Chair, Kit does bat surveys for the Bat Conservation Trust. He also volunteers for York Greenways, helping their Railway to Greenway Project, which will highlight the history and wildlife of the York to Selby cycle path. 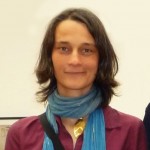 Treasurer – Ivana Jakubková
Ivana was responsible for starting the ball rolling that eventually led to YCE, by arranging a meeting and conference as part of York in Transition. She has previously worked for an international activist network on sustainable transport and currently works at St Nicks, York’s centre for nature and green living. 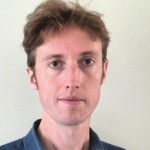 Richard Lane – Secretary
Richard is a longstanding environmental campaigner and enthusiast for renewable energy. He has been an activist for decades, as a member of York and Ryedale Friends of the Earth, York Greenpeace, Frack-Free York and the York Environment Forum among other groups. He was the Media Officer for the York Fair Trade Forum for six years and for Fairtrade Yorkshire for three. He trained as an electronic engineer and recently completed studying an MSc in Renewable Energy Systems at the University of Strathclyde. He currently works for our ‘big sister’ community energy co-operative, the Manchester-based Carbon Co-op.

Membership Secretary – Elizabeth Crossley
Elizabeth is a Trust Doctor in Psychiatry and honorary lecturer for Hull York Medical School, co-running a module at York University on the relationship between Health and the Environment. She has worked with local environmental organisations to support student training and research.

Social Media Officer – Jessica Cole
Jess is a property solicitor in York who is interested in how property law can be developed to make future and current properties environmentally friendly. Jess has been enthusiastic about the environment since a young age and is particularly interested in the growing potential that renewable energy has.

Ordinary Member – Jonathan Stokeld
Jonny has been a member of YCE since moving to York in 2017. He is passionate about the fight against climate change and for his day job he works for a net-zero consultancy.