Here are just some of the many community-owned renewable energy schemes we are inspired by: 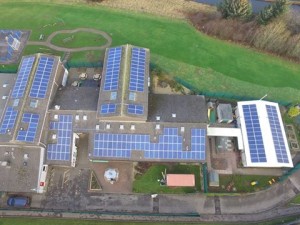 Some of the numerous panels installed in Edinburgh (courtesy of www.edinburghsolar.coop)

Edinburgh Community Solar Co-operative, in collaboration with Edinburgh Council, successfully raised almost £1.5m for a large scale solar photovoltaic project. Together they installed panels on 24 public buildings in the city before the end of September 2016. The panels have a total installed capacity of 1.38 MW and a total generation potential of approximately 1,107MWh per year. Host buildings include 11 primary schools, 5 other schools, 3 leisure centres, 2 community centres and a day service centre for people with a learning disability or physical disability. All these are benefitting from cheap electricity generated on site, schools have new learning resources and the local community benefits through a community fund.

Dr Richard Dixon, chair of the co-op and director of Friends of the Earth Scotland was a great ‘headline act’ at our 2016 AGM. We’re planning a study tour to Edinburgh in summer 2017 so get in touch if you’d like to come along.

Since 2014 Sheffield Renewables have been working towards developing 500kW of renewable energy in the Sheffield City Region over 5 years. They have completed three solar PV installations so far, reaching 150kW. They first put 196 solar panels on the sports hall at the Paces Campus community centre and in its first year this solar scheme generated 41,870 kWh, exceeding expectations and representing a carbon dioxide emissions saving for the year of 18,423 kg. Their second installation put 200 panels onto a school and the third is allowing police catch the sun. 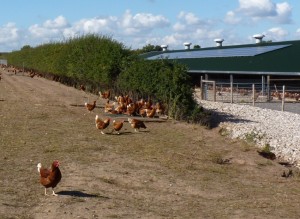 Sustainable Hockerton was one of the direct inspirations for York Community Energy so it was our great pleasure to tour their sites in October 2015 and learn how they had developed the projects. The organisation had grown out of an eco housing project and now produces more energy than the village consumes. In the first 6 years (to March 2016) their renewable energy systems – 1 wind turbine and 3 solar arrays – generated over 1,818MWh electricity and saved 841tonnes of greenhouse gases.

They are also helping local homes and businesses to save energy and money, and through the community village fund are funding small projects such as eco surveys of village households, the installation of a heart re-start kit and events. The company running the scheme has an elected board of directors, and the local community decides on the use of the funds with each shareholder having one vote, no matter what the size of their investment. Read more at www.sustainablehockerton.org or watch their film on YouTube. 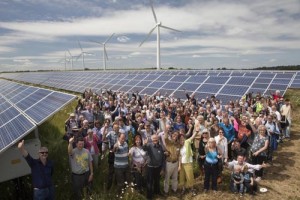 Westmill is a working organic farm. In 2008 Westmill Wind Farm Co-op was the first 100% community owned onshore wind farm five to be built in the south-east of England whose five 1.3MW turbines generate on average 10.2 GWh per year. This was followed up with the UK’s first co-operatively run, community-owned solar farm set up by Westmill Solar Co-operative in 2012, with 30 acres of over 20,000 polycrystalline PV panels generating 4.8GWh per year. The land around them is a fantastic wildflower meadow.

What has been achieved at Westmill is truly inspiring – as well as the thousands of tonnes of CO2 avoided, it has provided a wildlife habitat and thriving educational resource for the region, and demonstrated a model of large-scale generation that remains under community control. They inspire and support many others to follow their example through site visits and the work of Westmill Sustainable Energy Trust.

Watch the video below to find out about the difference community ownership makes or see our pictures from a visit to Westmill in our Flickr album. 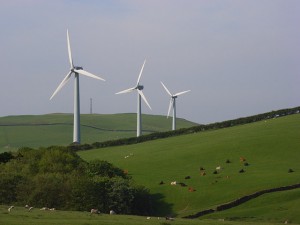 Annually this will offset the emissions of around 5,000 tonnes of carbon dioxide, the main contributor to global warming and climate change, which would otherwise have been released from conventional fossil fuel. The land continues to be used for grazing and silage.

A group of members & shareholders visiting the Blackshaw turbine (photo courtesy of https://powerinthecommunity.wordpress.com)

The Pennine Community Power co-operative is a Community Benefit Society and has been running a 10kW Bergey turbine since October 2012. On average, this generates enough to power seven local homes. They were awarded a startup grant from Village SOS, and the rest was raised via shared issue – which was oversubscribed!

Between the turbine being connected in 2012 and September 2016, it generated 100MWh of electricity. That is enough to power the average UK household for over 21 years! The bulk of the members of the co-operative live in the Blackshaw parish and all are within Calderdale. Shares will be paid back over 15 years with an interest rate of 4%. The remainder of the revenue is being distributed to local community projects – £2,800 given away so far, including £1,400 to the Community Foundation for Calderdale Flood Relief Fund.

The co-operative has also helped a local school to install solar panels on its roof.

These examples just scratch the surface. Others include the Bro Dyfi Community Renewables, the island of Eigg, Fintry, Gorran, Plymouth Energy Community, Whitby… just browse the directory on the Community Energy England Hub!